What are binaural beats

What are binaural beats

Binaural beat therapy is an emerging technique combining two tones, one left and one right, that are "mirrored" in your ears. These tones create the effect of a binaural beat: your brain perceives the difference between these tones as a rhythm that can influence brainwaves to reduce mind-wandering and increase focus in addition to reducing negative moods. The technique is used for psychological purposes such as anxiety management. 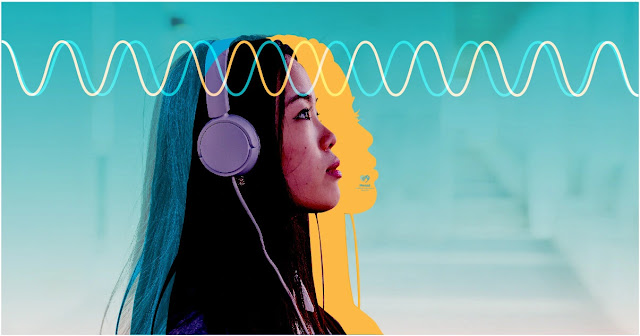 Binaural beats are also sometimes created by electronic music like trance or techno tracks and used as a method of audio brainwashing. Ultimately, this research is in its infancy and it's not clear if binaural beats help or hurt people with various illnesses such as autism or ADHD.

What binaural beats are?

Binaural beats are a type of auditory illusion. The effect was discovered in 1839 by Heinrich Wilhelm Dove, a German experimenter. He noticed that when the left ear heard a sound and the right ear heard another sound, the brain blended these signals together to form an internal beat. Such beats are not found in nature, but this effect has been reproduced with sound. They are used in some forms of meditation to help calm the mind and body by their repetitive rhythms.

Examples of stimulation sounds include two sine waves at different frequencies or two different tones at identical frequencies. These two tones are then presented to the left and right ear separately. When the difference between the two frequencies is below a certain threshold, you won't be able to hear it, but your brain will respond. This process occurs because of the effect that binaural beats have on your brain wave states and their frequencies.

To experience this effect on yourself, listen to these sounds that produce a binaural beat.

How do binaural beats work?

When the difference between the two frequencies is below a certain threshold, you won't be able to hear it, but your brain will respond. This process occurs because of the effect that binaural beats have on your brain wave states and their frequencies.

This auditory illusion is a crossing of neural oscillations in an auditory pathway of the brain. The range of this phenomenon is from 5 Hz to 30 Hz (Alpha). The frequency can be increased by using headphones, earplugs or even a silent environment. When this effect is achieved with headphones, it's called frequency following response (FFR).

This effect can be induced by environmental factors (sound and mist in a room) and drugs. This can be used for entertainment purposes in movies, music or art. In addition to that, it can be used for medical purposes such as binaural beats therapy and as a psycho-physiological method of meditation.

What are binaural beats used for?

In the late 1900s, it was found in experimental psychology that binaural beats played an important role in how humans experience their world. Through their frequency, they can induce different states of mind. These different frequencies can be categorized into four brainwave patterns: alpha, beta, theta and delta.

This pattern can usually be found when the brain is in its relaxed state. Alpha waves are the first to appear when you close your eyes and focus on a single point like your thumb or nose tip. They usually occur in the frequency range of 8 cycles per second to 12 cycles per second (Hz).

Binaural beats are used as an audio tool that can manipulate these patterns or any state of consciousness you desire with their effects on the frequency rate of your brain waves. This use is called binaural beat therapy .

How to perform binaural beats therapy

Binaural beats can be used to induce various states of consciousness in your brain. This is called binaural beat therapy and is used by people with a variety of conditions such as autism, ADD, schizophrenia and traumatic brain injury (TBI) to control anxiety or reduce stress. It's also a form of neuro-feedback that uses music in the frequencies between 5 Hz and 30 Hz (Theta). Neuro-feedback uses audio to stimulate specific areas of the brain for healing purposes.

This method is based on the use of stereo headphones that can be combined with advanced technology . The first step is to create the binaural beat that will be played. The tone of the left ear is then set at 1 Hz and the right ear at 9Hz. These two tones have one frequency difference, which is used to produce the illusion of a third tone in the gap between these frequencies by your brainwaves. Then you hear this tone with stereo headphones for relaxation, meditation or for any other purpose you want.

The most advanced form of this practice uses an EEG machine to help people perform neuro-feedback training to reduce anxiety and control their ADHD symptoms. This process includes using an audio signal with sounds that change its frequency in reaction to changes in brainwave states. The next part of this method is listening to binaural soundtracks. This can also be used regarding ADD, ADHD and other attention disorders.

This audio is manipulated using a specific algorithm that causes your brainwaves to change in response to the different frequencies presented in the sounds. Theoretically the brain should follow these changes and adjust its frequency accordingly.

How do you know if binaural beats help?

People have many different opinions on binaural beats, which means they are not clear on how they work. While some believe that binaural beats are able to induce a state of greater consciousness, others believe it has more adverse effects than benefits . To use this technology effectively requires a certain approach from both patient and therapist .

Binaural beats can be very helpful in treating diseases that alter brainwave patterns such as ADHD and autism. Binaural beats have been described by experts as a way to alter your brainwave patterns and treat various conditions related to attention deficit. They have been used to treat a variety of disorders and diseases such as Parkinson's disease, ADHD, anxiety disorders and epilepsy.

Some users find this type of therapy very helpful in dealing with ADD, ADHD, TBI and a variety of other conditions or disorders that affect the brainwave activity. They believe it helps them stay focused longer periods of time while they train their brains to focus on one thing, helping them become more productive. While other people don't feel the same effects, they report that this type of therapy helps them feel better.

The use of binaural beats is not a new concept. It has been used in many cultures and countries to treat ailments such as insomnia, headaches, depression and stress. The benefits of binaural beats depend on the frequency you choose to use. Different frequencies will result in different moods and effects . For example:

Alpha brainwaves are associated with relaxation and can be used for meditation or for healing purposes.

Theta brainwaves are linked with the state of deep meditation. When you practice these brainwave patterns you can achieve an altered state of consciousness very quickly with just a few minutes of listening time.

In addition to the desired effects, people using binaural beats can experience some adverse reactions. These effects can be attributed to a variety of factors such as the type of music you hear. While you can use ones created by other people, many prefer to create their own tracks so they know what they are listening to. Another reason is that some frequencies may not be good for your ears and will cause a negative reaction in your body such as rapid heartbeats or headaches.

When you use binaural beats you must always do so in a safe and controlled manner. If you experience any negative reactions it is important to stop using binaural beats and seek professional help or consult with a doctor as soon as possible.