Over the past 20 years, obesity rates have more than doubled. This may be due to a number of factors, including increased availability and decreased cost of high-calorie food as well as reduced physical activity—and it’s now clear that being overweight or obese is one of the biggest risk factors for type 2 diabetes. 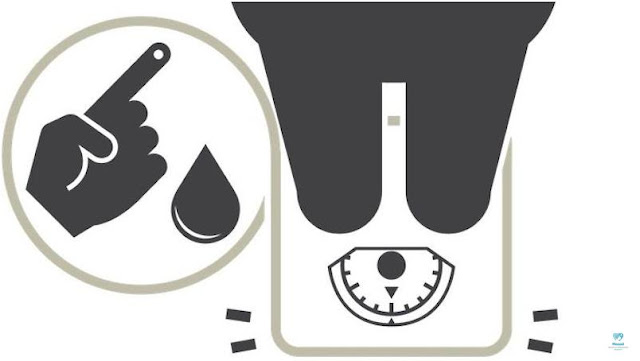 Diabetes refers to a group of conditions characterized by elevated levels of glucose in the blood; most commonly type 2 diabetes, but also gestational diabetes and others.

Obesity is defined as having an excess body fat relative to lean body mass that impairs health and may lead to disability or death. The worldwide prevalence rates for obesity are currently at 8%.

This has been attributed to the increase in the amount of calories that are consumed, with most of those calories from mainly from carbohydrates and fats. However, it is becoming increasingly clear that obesity and diabetes are more closely linked than previously thought, although there is a lack of understanding as to why. One obvious possibility is that obesity causes insulin resistance and, as a result, type 2 diabetes is more likely to occur. Another possible explanation is that obesity upregulates the immune response in a manner which results in insulin resistance or other inflammation-related complications. A third hypothesis is that microorganisms play a role in both conditions. Maybe if we could determine the cause of the association between diabetes and obesity, we could possibly prolong the duration of normal insulin production in obese patients, thereby lowering their risk of developing type 2 diabetes.

Studies have indicated that there are changes in the composition and function of gut microbiota, specifically an increase in Firmicutes and a decrease in Bacteroidetes phyla. This has been observed in both animals and humans. In a study done on non-obese patients with type 2 diabetes, it was found that they had higher numbers of Firmicutes than those without diabetes. This finding was also found in other studies which looked at the effects of bariatric surgery on type 2 diabetes risk. These studies have shown that post-surgery, there is an increase in the numbers and diversity of Bacteroidetes and Firmicutes, suggesting that obesity directly influences the gut microbiota. This could be a possible mechanism by which obesity predisposes to type 2 diabetes through changes in gut microbiota, as prebiotics can induce both compositional and functional changes in the gut microbiota. At first it was proposed that prebiotics treatment would only affect those patients with high levels of Bacteroidetes, but it has now become evident that prebiotics may also be beneficial for low-Bacteroidetes individuals. This supports the hypothesis that prebiotics may have a type of "universal" functionality, meaning that they can improve the health benefits in individuals with low amounts of Bacteroidetes as well as those with high amounts of Bacteroidetes.

Prebiotics are defined as substances that stimulate the growth and/or activity of beneficial bacteria in the intestine and they can be found naturally or extracted from certain foods, such as leeks, bananas, wheat and onions. It is thought that prebiotics affect weight gain by altering the composition of gut microbiota. They do this by increasing levels of short-chain fatty acids (SCFA). These SCFA bind to G protein-coupled receptors (GPCR) which then alters the activity of enteroendocrine cells, a key regulator of energy balance. In the case of type 2 diabetic patients, this may delay intestinal glucose absorption and hinder excessive weight gain. Prebiotics also increase bifidobacteria, which is beneficial for health as they are thought to play an important role in digestion and maintaining the gut barrier and immune system.

Prebiotics have been shown to have beneficial effects on insulin resistance in humans as well as animal models. In a study done on obese patients with type 2 diabetes, it was found that prebiotics caused a decrease in fasting blood glucose and improved insulin sensitivity. Although it was originally thought that this was due to changes in gut microbiota induced by prebiotics, the mechanisms underlying the improvement of insulin sensitivity is still not fully understood. However, it is known that both insulin resistance and obesity are associated with low-grade inflammation in white adipose tissue (WAT). Therefore, another proposed mechanism could be downregulation of WAT inflammation. Furthermore, there have also been some studies done on non-diabetic obese patients who showed that prebiotics can improve insulin action and lipid profile in this group as well.

However, despite the various studies done on prebiotics and their effects on type 2 diabetes risk, it is still unclear whether they can replace insulin or other important drugs in the treatment of diabetic patients. There are still conflicting results regarding how well prebiotics can affect glucose levels and improve insulin sensitivity, as there are cases where prebiotics did not seem to have any effect.

Prebiotics can be incorporated into our daily diet by consuming foods such as Jerusalem artichokes, leeks, onions, garlic and wheat.

Although there are many conflicting results regarding the effectiveness of this treatment option for those with type 2 diabetes, more studies need to be conducted before we will know whether it is a viable therapeutic option.

The biochemical processes involved in the WAT cell assembly and function are complex. Recently, there have been efforts to more fully characterize the pathways involved in this process. In order to increase our understanding of WAT cell assembly and function, it is necessary to identify these pathways. Since most studies concentrate on one specific pathway, it would be helpful if there were comprehensive studies looking into multiple pathways that all work together. One way to help address this need is by identifying high-throughput gene expression screens that have been used successfully in identifying pathways involved in adipocyte development and function. This would allow us to gain more insight into adipogenesis and identify genes that may be important in the assembly of mature WAT cells.

Studies have also shown that there is a strong link between inflammation and obesity. It has been demonstrated that certain types of immune cells, such as macrophages, contribute to fat deposition by secreting pro-inflammatory cytokines that promote the differentiation and survival of preadipocytes. During the progression from normal preadipocyte to mature adipocyte, there are several points in which the differentiation pathways can be altered due to changes in gene expression. As we have seen previously in cell lineage determination, developmental signaling also plays an important role in determining how a cell progresses through its individual development stages. Therefore, it is likely that many of the signaling pathways that play a role in cell lineage determination also play a role in WAT cell assembly and differentiation.

One topic of interest would be how membrane receptor signaling regulates the differentiation of adipocytes into different shapes. Adipocyte differentiation can be affected by three main downstream effects; G-protein coupled receptor binding, cAMP response element (CRE) and cAMP independent CRE. The best understood part of this process is the binding of ligands to these receptors, but we now know that there is more to this story. For example, the activation of the integrin network seems to play a role in adipocyte differentiation as well as the nuclear localization of transcription factors in adipocytes

In addition to signaling pathways that may regulate WAT cell development, it is also necessary to take into consideration other biochemical processes that may affect WAT cell function.