A migraine is a headache that can cause a lot of pain and may affect how you feel, smell, taste, and see. Migraine headaches usually start on one side of your head and then spread to the other side. This condition is somewhat different from a tension headache since it can last for hours or days. Migraine commonly starts before age 15 but can arise later in life as well. About 15% of people have migraines each year with women experiencing an average of about 2 migraine attacks per month and men about 1 attack per month. 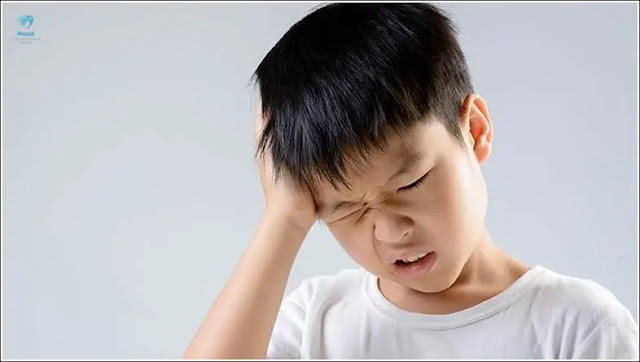 The symptoms of migraine are quite unique and varied.

Some of the most common symptoms include:

Frequency and severity of migraines as well as the accompanying signs and symptoms can vary substantially from person to person. The symptoms may become less intense over time in some people, but others suffer from frequent migraines that never diminish in severity. Migraines without auras are more common in children than adults (ages 7–12) but migraines with auras occur more frequently in adults (ages 20–40).

The exact cause of migraines is unknown. However, researchers have identified some possible causes.

Migraines can run in families. If other people in your family have migraines, then you may be more likely to get them.

In women, the hormones estrogen and progesterone may play a role in migraine attacks by changing the way certain cells work in the brain. In addition, if you take birth control pills or hormone replacement therapy (HRT), you may be at higher risk for migraine attacks. Pregnancy and breastfeeding are also associated with increased migraine attacks because of hormonal fluctuations that occur during these periods.

Some women have migraines during their menstrual period.

For many people with migraine headaches, it's often difficult to identify what triggers their attacks. Most people with migraines see a pattern that has been established over time; they develop a sense of what factors seem to trigger attacks and what things help to prevent them. Migraine triggers can be anything from menstruation to hormonal changes and food sensitivities. Stress is one factor that can bring about these headaches more often than others do for certain individuals.

topiramate (Topamax), a prescription drug that's used to prevent migraine headaches. This medication helps prevent the headache by acting on nerve cells in the brain. Amitriptyline (Elavil) is an antidepressant drug that also works well to relieve migraine pain. This medication doesn't cure migraines or reduce the number of attacks you have, but it can make them less painful and may help prevent future headaches. Oxycontin helps reduce throbbing pain. Clonazepam (Klonopin), or Klonopin is a prescription drug that helps to relieve pain from migraines. Tricyclic antidepressants, like amitriptyline and doxepin, work by interfering with chemical messengers in the brain to reduce abnormal feelings in the body. Because these medications don't work for everyone, patients who have failed an adequate course of treatment are often prescribed medications for migraines such as topiramate and amitriptyline. The first line of treatment is usually an entire course of triptans.

The most common side effects of the triptan medications include:

dizziness, nausea, and vomiting, dryness of the mouth, constipation and impotence.

Other side effects include:

diarrhea, loss of appetite and weight loss associated phentermine side effects. In rare cases these medications can also cause memory loss, heart attack and stroke.

Other symptoms and complications that can occur with migraines include:

anxiety attacks, depression and insomnia. Migraines are associated phentermine side effects with an increased risk of stroke. Other complications may be related to withdrawal symptoms.

If you're pregnant, you should only take medications that have been approved by your doctor. Available medications include:

injectable forms of pain relief and non-steroidal anti-inflammatory drugs (NSAID's). Drugs such as ibuprofen may not be safe while you're pregnant, so talk to your doctor before taking any medication, even if it's over-the-counter.

If you're breastfeeding, talk to your doctor about taking the medications you normally take and discuss whether or not it's safe for you to continue. 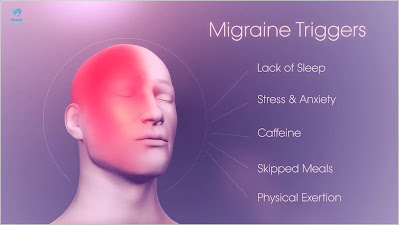 How To Prevent Migraine Attacks:

The best way to prevent migraines is by being aware of your own personal triggers and discovering ways to prevent them from happening. Knowing when migraine may be coming on can help alleviate symptoms. For example, if you have a regular routine each week that may cause an attack, try coming up with a different plan so that the migraine will not be triggered.

Some other ways of prevention include:

Taking regular frequent breaks from work to get a massage or stretch are also helpful.

Some women find that wearing a tennis racquet headband that covers the forehead helps prevent headaches.

Reducing stress can be done by:

Migraine attacks can be treated with drugs that may include nonsteroidal anti-inflammatory drugs (NSAIDS), or aspirin and acetaminophen (Tylenol). Another common migraine treatment is to use triptans. Triptans are medications that specifically target the nerve cells that play a big role in migraine attacks.

Many types of triptans are available such as:

Doctors have developed other medications to help prevent migraines from happening.

If taking drugs don't provide relief, doctors may prescribe a blood vessel dilation drug called Verapamil (Calan), a beta-blocker called Inderal (Propranolol) or an antiseizure medication called topiramate, which can be helpful in preventing migraines but not eliminating them altogether.

Topamax (a weight loss drug) is a medication that's often prescribed for people who suffer from chronic migraines. Topamax helps to eliminate migraines by elevating certain chemicals in the brain, which triggers a reduction of pain signals.

Topamax is available as tablet and extended release forms; it can be taken with or without food. The most common side effects include:

diarrhea, constipation and nausea, and abdominal discomfort or pain. These side effects are generally mild, but if they persist you should contact your doctor right away.

Other possible side effects include:

dizziness, fatigue, mental confusion and difficulty maintaining focus. All of these possible side effects are mild to moderate and can be managed with the help of your doctor.

Because Topamax is a prescription drug it can be expensive. People with very high insurance or Medicare Part D may have to pay as much as $2,000 per year.

You should ask your doctor if Topamax is right for you because this medication is not available through over the counter means.

Although no one really knows how preventing migraines actually works, we do know that many people who have migraines have a family history of migraines and genetics play a role in migraine development. Researchers suggest that they may be able to find the gene(s) responsible for migraine in the near future.

I've suffered from chronic migraines since I can remember. I develop clusters of attacks and then nothing for months and months. Over the years, I've tried various drugs, vitamins and relaxation techniques to alleviate my migraines. The top 3 things that help me are:

1) Commitment to a healthy diet

3) Stress relief techniques (in my case meditating helps a lot.)

Walter, thanks so much for your comment! Diet and exercise are always great preventative measures for migraines.