The German language is a West Germanic language that descends from the Jagst dialect of the Proto Germanic language. It is spoken primarily in Germany and Austria, with minority languages in Luxembourg, Liechtenstein, Switzerland and other countries.

In Germany, Standard German (also called Hochdeutsch) is largely based on Central German dialects spoken in the middle and southern parts of the country. 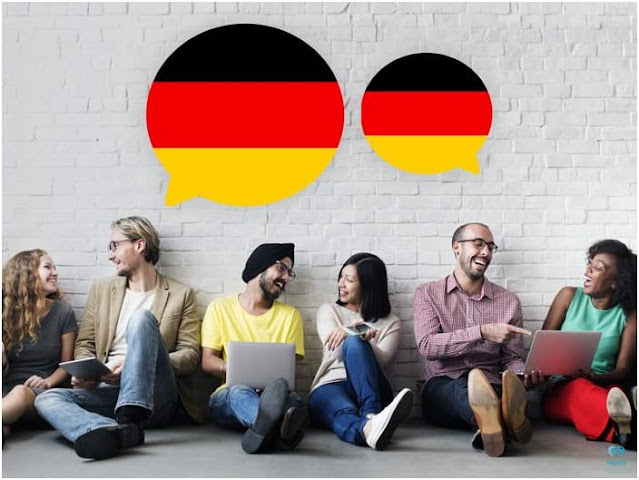 * Schüleruniformen ('school uniforms') are still called 'Zivilschutzbekleidung' ('civilian protective clothing') in some regions of German speaking Switzerland, e.g., ein Zivilschutzunteroffizier has the status of being a 'civilian protection corporal'.

* The verb "sitzen" ('to sit') is pronounced differently, according to the region. In the north and south, it is sitted or sassed. In the south of Germany, this verb is pronounced 'säße'.

Austria shares German as an official language with Germany and Switzerland, and Standard German is used in public communications. However, Austrians do not all speak Standard German fluently. In Austria, individual dialects are still very much alive (e.g. Viennese German), although their number is declining through increased usage of nationwide dialects (such as Austrian). While Austria's neighbors have largely abandoned non-standard dialects entirely or adopted standard accents (e.g., Swiss German influenced by Standard German), a small portion of the population are native speakers of non-standard dialects (such as Bavarian or Yiddish). A common experience for a German travelling in Austria is not being understood by someone who uses standard German because their dialect differs too strongly from the standard.

The Bavarian language is spoken in southern Germany and is often used as a "lingua franca" when interacting with the locals there. Due to its similarity to Standard German, it serves as a useful tool for people learning the standard language for the first time.

In the German-speaking part of Switzerland, dialects are hardly ever written and there is no large variation in spoken dialects. The Swiss variety of Standard German is used as the standard written language.

English loanwords are often used in place of native German words, with similar meanings. In addition, classic compounds (e.g., "Harz" for "mountains") are formed by combining German and English attributes (e.g., "Haar" 'hair' + "schnee" 'snow'). This has the effect of many German words, where the English translation is used for the meaning in English, similar to what is known as "Doppelbedeutung".

In Luxembourg, Standard German from Austria and Switzerland is spoken by almost all Luxembourgers and as a first language by most of them. However, others speak a local variety of High Alemannic German called Luxembourgish.

In Liechtenstein and Switzerland, the official languages are German (Standard German) and French (Romandy), respectively (though Italian has been proposed for Swiss Italian-speakers). For a long time now, Standard German has been used in schools.

In Belgium, Standard German is the official language and is taught in schools. The Dutch-speaking portion also uses German as a second language.

The dialect of German in the Netherlands is officially called "Low Saxon". It is a regional form of Southern German.

In Romania, German (called "Deutsch") was recognized as one of 24 minority languages of the country after World War II under pressure from Germany which had been forced to cede Northern Transylvania to Hungary because of Romania's alliance with Nazi Germany during World War II.

In 2005, the Romanian language version of Wikipedia was initiated. German was added as an additional language.

Standard German is the official language in all of Switzerland, apart from a few cantons where French or Italian is official. The Swiss variety of Standard German is used as the standard written language. In addition, Swiss German dialects are spoken and some Swiss Germans speak a local variety of High Alemannic German called Appenzeller (or "Appenzell-Alemannic") which is very different in pronunciation, grammar and vocabulary from Standard German.

In a small part of Austria, mainly in the state of Vorarlberg, people speak Alemannic dialects along with Standard German.

A number of Swiss German dialects are spoken in the German-speaking part of Switzerland, i.e., in the cantons of Valais, Basel-Landschaft, Bern, Fribourg, Geneva (canton), Graubünden (Grisons), Jura, Neuchâtel and Vaud.

In Austria, Bavaria and Austria-Hungary, German was spoken during much of the Imperial period, especially in the countryside. The Habsburgs actively worked to suppress the local speech and replace it with the language of Vienna, i.e. Viennese German, which was standardised as "Hochdeutsch" German in the 19th century; however, due to the regions' proximity to Italy, Swiss German remained quite prevalent in all three countries as a second language for several generations after cession. As a result of this, Standard German is now also frequently used in these areas as a second language among older people over 80 years old.

The word is also used in Austria to refer to the Austro-Bavarian language of the southern German-speaking territories that were under direct control of Bavaria (and later Austria), rather than to the modern Standard German language. Such usage is considered pejorative. The term "Südtirolerisch" is sometimes used, but this term has no standardised equivalent in English and does not refer to a specific language.